Following my dreams to be an Eventer

Do you ever watch people go Eventing and think “they make it look so easy?”, yep that was me! Turns out, it’s not that easy…

Last year, I discovered that my dream was to be an Eventer, I decided that’s what I wanted to do, even if the odds weren’t in my favour…

I first learnt to ride at a couple of different riding schools local to my area, however, as we all know there are always limitations to what you can learn at a riding school. I endured 2 years there but ended up leaving which is when I started going to a yard where my mums horse was kept. Thankfully this is where I got my first loan pony, who eventually we bought!

Originally my horse was a rather chubby and uneducated typical Welsh D X Cob called Murphy. He was nothing spectacular but once a 13 year old girl gets a pony, she isn’t letting him go! We couldn’t do 20m circles & knocked down ever 30cm cross pole that faced us: truly a winning combination!

The next two years were wild, quite literally blood, sweat, many many tears and hundreds of pounds invested in lessons with the most amazing instructor. And gradually we’ve transformed our flat work & jumping – turns out he’s quite dressage diva when he wants to be! And we’re currently showjumping at 70cm.

We’ve had plenty of disasters along the way though, Hunter trails where I’ve cried all the way round, plenty of uncontrollable moments, flatwork meltdowns, falling off on my head, passing out & falling off 3 times in one lesson. No pain no gain right?! 😬

Our last hunter trial was a disaster. We warmed up beautifully and then we were called to the course…

Refusal at first fence, second fence, stage fright when going towards the third fence and refused to move, then had to get some TO LEAD US to the following fence! Refusals continued from fence four to five where we got stage fright AGAIN resulting in the first wave of tears. As we exited the first sector of the forest he jumped fence 8, 9, 10 beautifully, they were all a different style of fence that he’d never seen in his life, why he jumped these ones happily I will never know! Then as you can probably imagine that was it, every fence after this was a refusal and wave 2,3 and 4 of tears rolled in, thankfully after being over taken 4 times and after 20 odd jumps the course was over. Finally! The worst experience EVER!

One thing I’ve learnt over this year is that we should all be aiming for progress not perfection. Perfection it’s simply unachievable. We can progress to something good, great or even excellent but perfect isn’t an option: at the end of the day even Charlotte Dujardin has lessons like us! At one point if our journey there was another particular rough patch when I started to ask Murphy to come into an outline and to accepting contact, the trouble was that I didn’t know what I was doing and he didn’t know what I was asking, like the blind leading the blind. And eventually after buckets and buckets of tears every lesson we eventually got the hang of it, actually I’m so glad we did because our flatwork has never been so nice!

Despite all the set backs we’ve had, this year will be our year! I’m planning to be Eventing in April which I’m so excited for!

The plan of action from now is to get fit, get Murphy fit get some much needed cross country experience – in fact hopefully we’ll be out next week!

It’s been a pleasure to share a fraction of my story with you all & hopefully I can update you on my adventures later on this year! 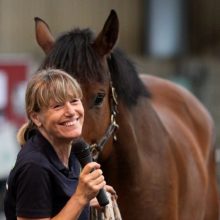 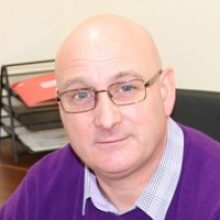 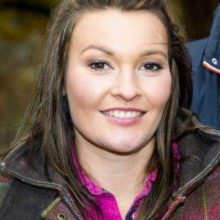 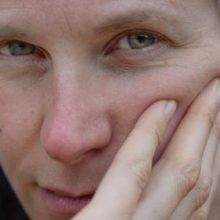 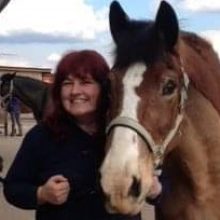 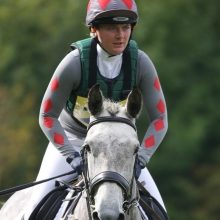 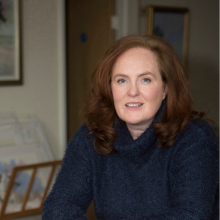 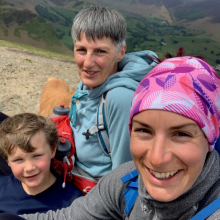 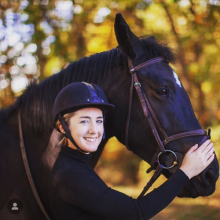